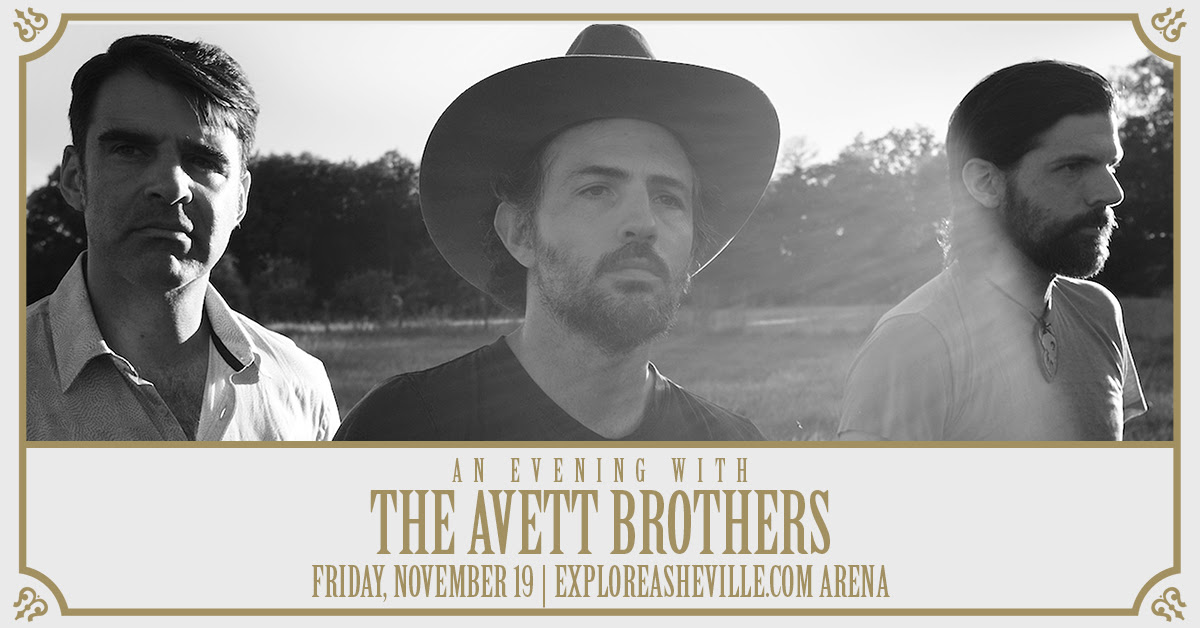 The Harrah’s Cherokee Center – Asheville is proud to announce “An Evening with The Avett Brothers” on November 19, 2021, in the ExploreAsheville.com Arena. Tickets for the event will go on publicly on Friday, March 5 at 10:00am via Ticketmaster.com. A select number of tickets will be available via The Avett Guild for members. For more information about this event, please click here.

EVENT: An Evening with The Avett Brothers
WHEN: November 19, 2021 at 8:00pm (Doors at 7:00pm)
WHERE: ExploreAsheville.com Arena at Harrah’s Cherokee Center – Asheville | 87 Haywood Street
TICKETS: Public tickets go on sale begins on Friday, March 5 at 10am

The Avett Brothers made mainstream waves with their 2009 major label debut, I And Love And You, landing at #16 on the Billboard Top 200 & garnering critical acclaim. In 2012, The Carpenter hit #4 on the Billboard Top 200 & was followed by Magpie And The Dandelion (2013) which debuted at #5 on Billboard’s Top 200. True Sadness (2016) achieved The Avett Brothers’ highest career debut to date hitting #1 on Billboard’s Top Albums Chart, #1 Top Rock Albums Chart, #1 Digital Albums Chart, #3 on Billboard Top 200 & scoring 2 Grammy noms. That same year, the band was inducted into the North Carolina Music Hall of Fame. In 2017, documentary May It Last: A Portrait of The Avett Brothers (co-directed by Judd Apatow & Michael Bonfiglio) was released. The film followed the band as they wrote their Grammy-nominated album True Sadness. The film was released theatrically & on HBO to rave reviews & is now available on DVD/Blu-Ray/VOD. In November 2018, the band headlined a concert for Hurricane Florence Relief, raising $325,000 to help those affected by Hurricane Florence. In 2019, the band released their 10th studio album Closer Than Together feat. single High Steppin’ which reached #1 on the Americana Radio Chart. New album The Third Gleam (August 2020) debuted at #1 on Billboard’s Top Americana/Folk Albums Chart, with the vinyl debuting at #1 on the Vinyl Albums Chart. Single “Victory” hit #1 on the Americana Radio Singles Chart. The Avett Brothers played two drive-in shows at The Charlotte Motor Speedway in the span of three months and ended 2020 on a high note with a livestream of their 17th annual New Year’s Eve concert. An estimated 150,000 fans watched the show, which featured a full-band performance and an impressive lineup of special guests. Coming in 2022: Swept Away – a musical inspired by & featuring the music of The Avett Brothers.